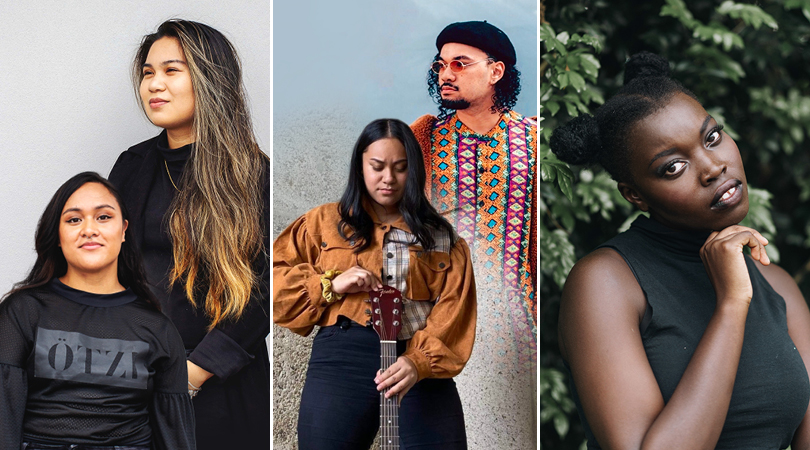 Felicia Nasalio & Jack Laban are an emerging singer/ songwriter’s duo who were both raised in Logan City. Attending JMC Academy together, the duo has now begun to venture out into the live music scene, playing shows across Southeast Queensland.

LUATE is a South Sudanese born emerging Alt-Pop singer/songwriter from whom audiences have come to expect guttural, highly emotive vocal performances. These powerful vocals serve as a vessel for lyrics la den with skilfully turned phrases and viscous imagery. The LUATÈ. experience is heady and dizzying: at its marrow it is an acute and urgent pursuit of honesty.

With a style influenced by Tori Kelly, Ariana Grande, Beyoncé, Daniel Caesar, Adele and Ed Sheeran to list a few, Marvi Sunga and Asia Belle are an act not to miss.

Marvi and Asia are also both apart of the band ‘Ahkey’, which is made up of young singers, songwriters, musicians, and music producers.

Enjoy a bite to eat at the markets then head into the Atrium in the butter factory for a music treat.